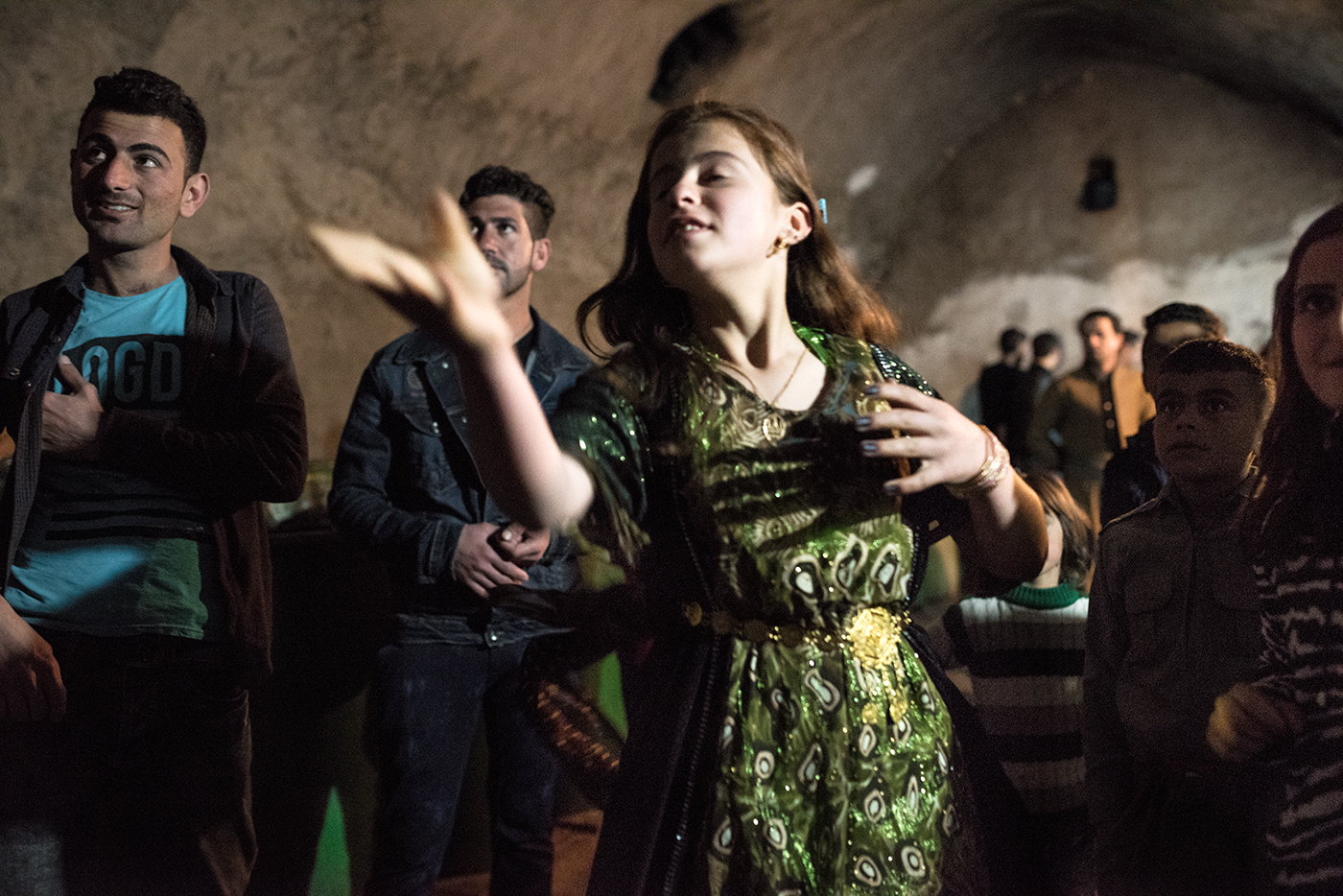 A Yazidi girl closes her eyes and makes a wish, tossing a red scarf to an altar in the Holy city of Lalish. If the scarf lands atop the sacred altar without falling, then her life will be blessed. More than 5000 girls like this were captured and sold as sex slaves during the ISIS attack on Sinjar in 2014. These girls were raped, brutalized and sold as wives among ISIS fighters. The Yazidi do not allow marriage of women to anyone outside the faith. However, this violence has led to a changing of their traditions. For those women who have escaped from ISIS, the Yazidi have created a new baptism which allows the girls to reenter society. It is a kind of ritual purification and answer to the horrors of such degradation. As of 2018, more than 3000 Yazidi girls are still missing.